Spring is in the air, and so are billions of tiny pollens that trigger allergy symptoms in millions of people. This condition is called seasonal allergic rhinitis, commonly referred to as hay fever.

What's the Problem with Pollen?
Hay fever is caused by pollen carried in the air, which starts a chain reaction in your immune system. Your immune system controls how your body defends itself. For instance, if you have an allergy to pollen, the immune system identifies pollen as an invader, or allergen. Your immune system overreacts by producing antibodies called immunoglobulin E (IgE).  These antibodies travel to cells that release chemicals, causing an allergic reaction.

Hay fever can affect your quality of life. It can lead to sinus infections, disrupt your sleep, and affect your ability to learn at school or be productive at work.

Know Your Sneezing Season
Depending on where you live, there are generally three pollen seasons. The start and end dates of these seasons, as well as the specific plants, vary based on the climate. 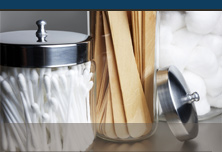 About a home sleep study we offer

Watermark integrated home sleep technology is a fast, simple and cost effective alternative for the diagnosis and treatment of obstructive sleep apnea. After identification of appropriate candidates for testing through a validated OSA risk questionnaire, home sleep testing equipment is provided to the patient by the provider. The Watermark sleep testing devices have been validated to be as effective as an in-lab sleep studies, yet with the convenience and simplicity of being performed in the comfort of the patients home at a fraction of the cost. Upon completion of the 2 night study, the information is uploaded to the WM Sleep Portal where the study data is auto-processed, undergoes a technical QA edit and professional interpretation by Dr. Adrian Varela, board certified sleep physician before being returned to the ordering provider for diagnosis, all within 48 hours.